A Variety of Art is on Display at the KIA Foster Youth Graduate Manages Stress, Anxiety, Depression and PTSD

The Running Club at WMU is a Registered Student Organization at Western Michigan University that meets regularly to encourage students to stay active and healthy. It provides a group of students who are similarly interested in running with a sense of community that can help to keep students motivated.

“I really enjoy running, I really don’t like running by myself though, so I definitely just wanted to find some people to be able to run with,” said Hannah, a junior at WMU, on why she joined the running club.

Exercise has been shown to improve both physical and mental wellbeing, and has been demonstrated to reduce anxiety and depression.

Students also agreed that running was of benefit to their mental health and served as a helpful way to de-stress.

“It definitely helps to get my mind off things when I’m running, and just have a time set aside, away from any other thing that I’m worried about, and just being able to focus on the run, and exercising,” Hannah said. 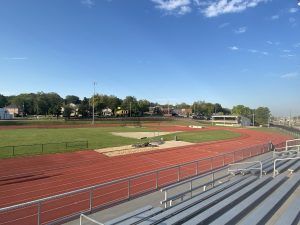 The Running Club at WMU meets daily at Kanley Track. Students typically attend several times a week to get together and find a sense of community around their shared interest in running. 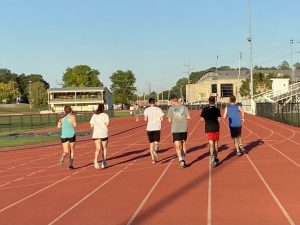 Students’ COVID status is checked before participants can join. Then, the club begins its practice with a warm-up lap around the track. 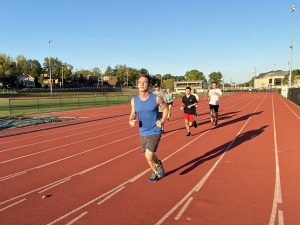 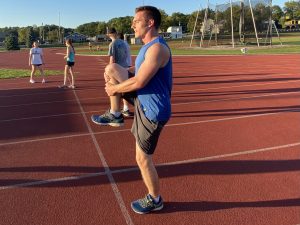 Messecar joined the running club for the sense of community. “A community who is like-minded, and also just very accepting, and really understands how beneficial and how healthy running can be for you, just holistically.” 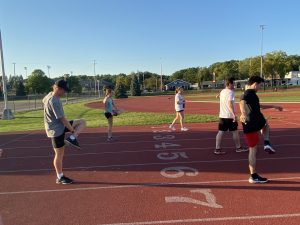 After running a few laps around the track, the club members take a break to stretch. 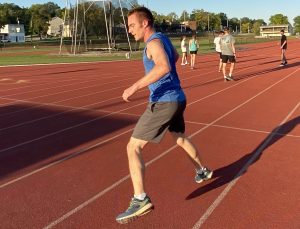 Messecar says that, “Throughout my upbringing, really, I think intense exercise has probably been consistently the most beneficial stress reliever.” 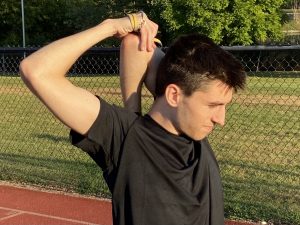 WMU sophomore Logan Malone joined the running club after being involved in cross country and track. “I found that it was kind of a nice way to make sure I was getting out and getting exercise,” Malone says. “And so I just kind of kept with it and decided to join the running club.” 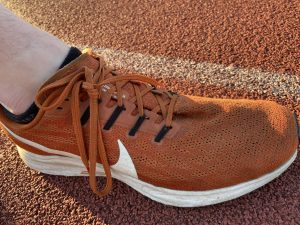