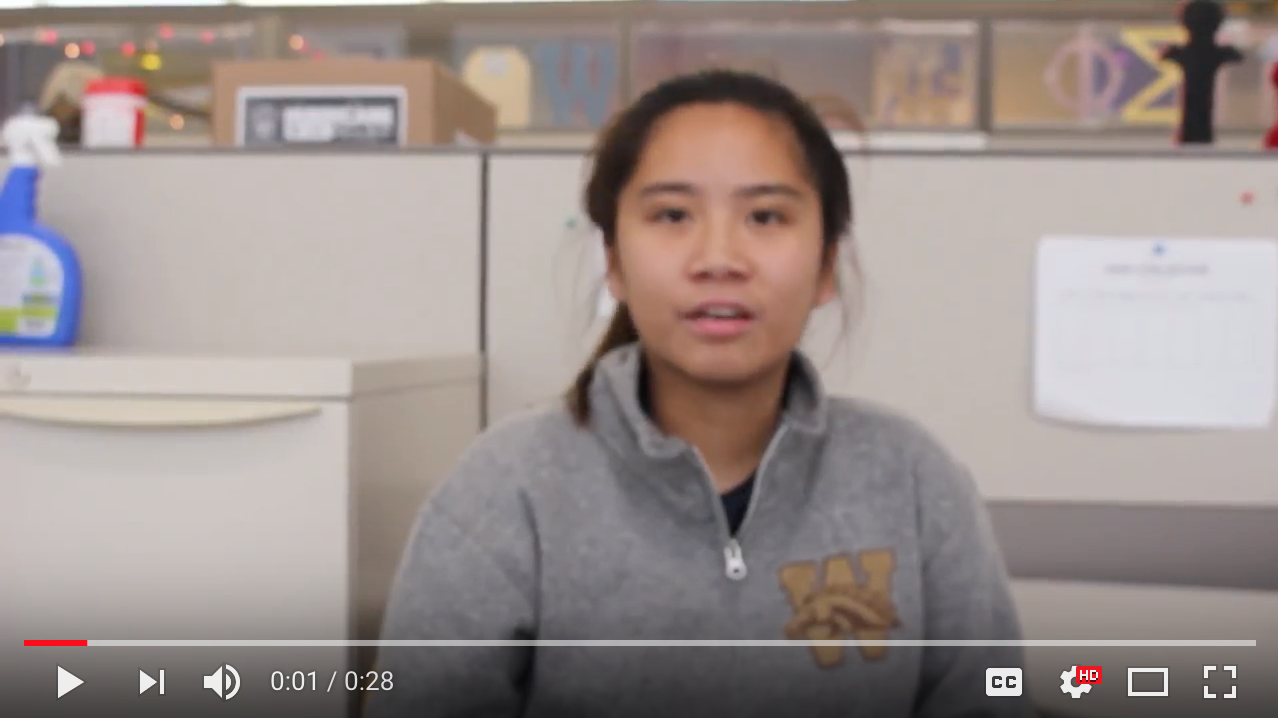 Senior Jasmine Vedua, 21, had tossed around the idea of leaving Western Michigan University after spending her sophomore and junior year here. However, the Detroit native ended up straying away from making another college move.

Vedua started her college career at the United States Naval Academy, however during her time spent there she felt as if she was missing out on the full college experience. She landed on WMU and transferred at the beginning of her sophomore year, with the belief that the school could offer that college experience she longed.  After a year and a half of making WMU her home the thought of transferring again lingered in her mind.

Click here to watch a 30-second video of Vedua.

Her feeling of wanting to transfer schools twice is not an unusual thought among many college students. Although she feels at home attending WMU, she couldn’t stop thinking about the possibility of transferring again for a fresh start.

Students who transfer once are likely to play with the idea of transferring another time. The National Student Clearinghouse Research Center surveyed 3.6 million college on their experience. The report showed that 37.2% of the participating students transferred once. Out of those transferring students, 45% reported transferring schools multiple times.

She spent the winter semester of her junior year thinking about what she would be losing if she left WMU regarding the friendships she formed and opportunities she has been given. She thought about how she was two semesters away from graduation. Eventually, Vedua made the decision to stay in Kalamazoo. “I have a great life here, I’m happy with it.”