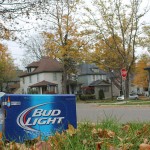 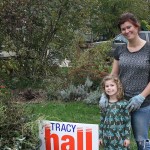 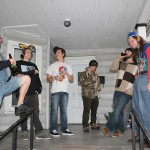 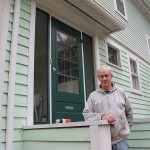 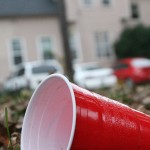 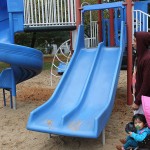 Out of the blue last summer, 4-year-old Mia Stroven said to her parents, “When I grow up, I am not going to be a college student.”

Apparently, Mia is not the only person living in Kalamazoo’s Vine neighborhood to think so.

Steve Walsh, the director of the Vine Neighborhood Association, requested a “renewed commitment” to help subdue out of control student behavior from the Kalamazoo Department of Public Safety and the city of Kalamazoo at a Kalamazoo City Commission meeting in September.

According to Walsh, some Vine residents who work full time jobs and have families are putting pressure on the VNA to take punitive measures against a small percentage of student residents who behave as if they live in a “disposable community.”

The behavior, which includes partying, noise violations, and after-party littering, is not a new phenomenon to the student-friendly neighborhood.

However, Walsh says that home foreclosures and new apartment openings on West KL Avenue have caused an influx of nuclear families to move into the neighborhood over the last five years; and a “heightened sensitivity” to reckless student conduct came with them.

Conduct that is conflicting families such as Kimberly Stroven’s.

“I was a college student living in this neighborhood,” Stroven said. “I get it. I get, ‘I want to have a good time, I want to live with my friends.’”

“What’s difficult for us, once you have kids and want to stay in this neighborhood … is things like keeping the neighborhood clean of waste, garbage, post-party decay,” Stroven said. “I love having students here; I just want them to take care of their property and be reasonable if they’re getting out of hand.”

Edward Bakita, 25, a college student living on Forrest Street, says his home was labeled a “problem house” by his neighbors.

According to Bakita, some student residents abuse the leniency of the Vine Neighborhood due to the lack of a police presence, but mostly students tend to police themselves.

Partying is a contentious issue considering the experiences of other residents.

“I came home at 1:30 on a Saturday night and there were almost 60 people in the middle of the road,” Kaitlin Martin, 28, a Vine resident who recently moved off Locust Street said. “They were all drunk.”

According to Martin, the police showed up shortly after. But that wasn’t the reason why she moved into a different part of the neighborhood. Martin said she came home one evening and found six street-clothed KDPS officers and a police dog on her porch; they were looking for the drug dealers who lived beneath her.

An experience that is not exactly commonplace, according to Bruce DeeDee, one of Vine’s more seasoned residents. DeDee, 72, has lived in the Vine neighborhood for almost 40 years. He lived on Davis, and then Walnut Street, as he attended college from 1964-1966. He lived in his third Vine home on Merrill Street as his daughter graduated from Kalamazoo Central in 1987, and then again at the University of Michigan in 1991.

DeeDee said he and his wife never felt the urge to leave the neighborhood, but they have noticed more and more families moving into the community. “When we moved in here, there was hardly anybody our daughter’s age,” DeeDee said. “Now you see families.”

Raising a child in the Vine neighborhood was never an issue for DeeDee, who’s aware that students tend to throw parties. But they never affected his decision to stay in the community. “We’ve lived here since 1974, and we’ve always enjoyed having the students here,” DeDee said. “We’ve always enjoy talking to them.”

Resident Kimberly Stroven hopes the VNA can find an innovative approach to deal with the student-family tensions considering the many dissimilar attitudes toward student behavior in the Vine neighborhood.

“I love the student energy, “ Stroven said. “I’d be curious to know … if there’s been a community to successfully reform the students, or create a culture in such that everybody wins — so that this is the place to live as a student, but one we could also take pride in.”