A new student center, at 162,000 square feet, will feature a dining center with eight restaurants, among other highlights. Dunbar Hall, which was built in 1971, is approximately 78,000 square feet and will move up to 89,000 with the renovation. Both projects started in 2019.

The student center is anticipated to be completed by January 2023 and a $40 million renovation of Dunbar Hall should be completed by January 2024. This week, the Dunbar renovation work included installing the steel frame for the structure for a new top-floor dance studio. Also, framing for a new addition on the south side of the building is set to begin. 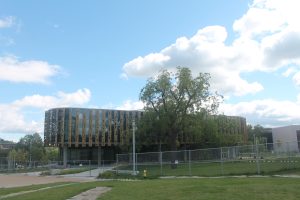 The $99 million new student center is slated to be done by January of 2023 after being pushed back from its original completion date of fall 2022l. This has left many WMU students and staff frustrated. “It is disappointing it isn’t open yet,” says Alexandra Kasprzy. 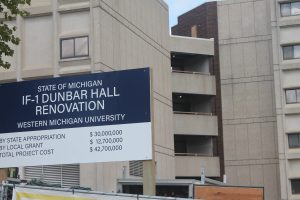 The construction of Dunbar Hall, which is located right next to Brown Hall off Van De Giessen Road, is estimated to be completed a year after the student center, in January 2024. The project will cost a total of $42.7 million and is aimed to house a new media center, high-tech classrooms and meeting spaces. 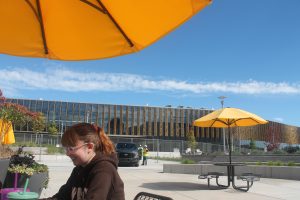 Director of Marketing Outreach for the Western Student Association Alexandra Kasprzyk is not all that surprised by the delays in the student center. “I anticipated it wouldn’t be open when they said it would be open,” Kasprzyk says. Meeting rooms in the new center are allocated for the WSA, Kasprzyk says. 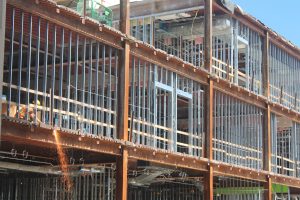 The new building will get an additional 11,000 square feet of glass compared to the former Dunbar Hall. The glass will branch out from the metal supports seen in this picture. 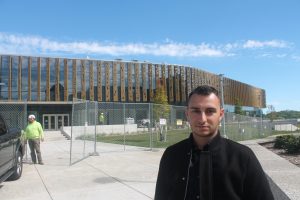 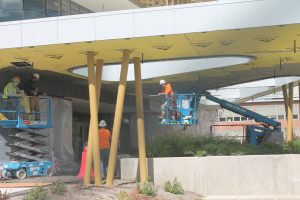 Members of the crew discussing sizing ideas for the roof. They are working in an area at the back of the new student center. 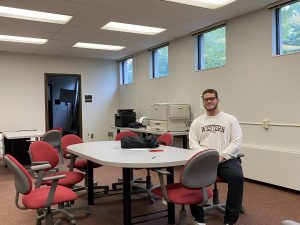 Western Herald editor-in-chief Ben Epstein is very frustrated with the delay of the student center’s opening. Transitioning out of the Faunce Student Center and into the new student center would mean a lot to the staff of the Western Herald, a student-run campus newspaper, Epstein says. “The student center for the Herald was supposed to be a big visibility thing. Not many people know where [the Faunce Student Center] is.” Epstein says. “(The move) was going to provide us a lot of recruiting opportunities.” 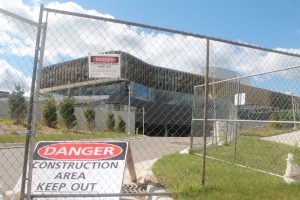