Students Living Off Campus Face the Challenge of Meal Prep The Hidden Gem of Kalamazoo: The Farmers Market

A new music festival that organizers hope to make annual had its inaugural event at Bell’s Eccentric Café in downtown Kalamazoo on Sept. 26, 2022. The week-long Sounds of the Zoo festival of 54 local music artists runs through Oct. 2 and at locations around the city, including the Hilton Garden Inn and Bronson Park. 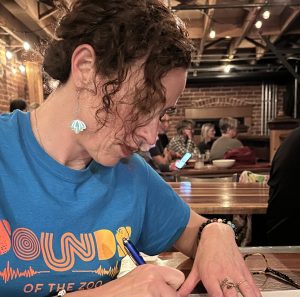 Sounds of the Zoo head organizer Jennifer Hudson-Prenkert fills out paperwork in-between performances. She has lined up 54 bands to play over seven days, free to the public. On creating the festival, she says, “Music has always been a driving force for me and… Kalamazoo’s local music scene needed a push.” 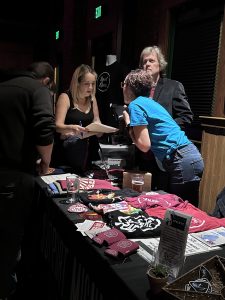 Hudson-Prenkert speaks with performer and member of The Incantations Lisa Mackie. On joining the festival, Mackie says, “Jennifer reached out to us and asked us to open this [Sounds of the Zoo] and it sounded perfect.” 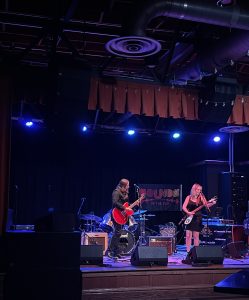 The Incantations members Lisa Mackie (right) and Ryan Gladding (left) performing during their first set at Sounds of the Zoo.

The Incantations are based out of Kalamazoo, band members Lisa Mackie and Ryan Gladding have performed at several festivals in Northern Michigan, including the Dunesville and the Free-Bird festivals. 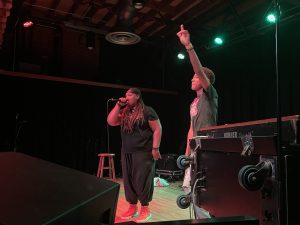 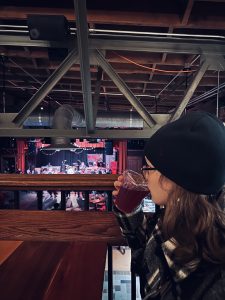 KVCC Student Emily Lewman watches DC and DJ Boogie’s performance from the balcony at Bell’s Eccentric Café. Lewman says on the duo, “I really enjoyed DC and DJ Boogie… It was wild to see a 13-year-old kid mixing these awesome beats. Ever since we stopped having AudioTree I’ve been trying to find a new music scene and I hope this festival becomes annual.”

Lewman frequented the annual AudioTree music festival held in Arcadia Park until it was moved to Chicago in 2019. She also has been to several house shows in the Vine neighborhood and believes the Kalamazoo music scene is “picking up.” 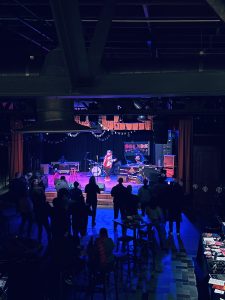 The dance floor filled up as DC and DJ Boogie’s performance began. 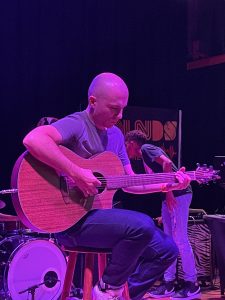 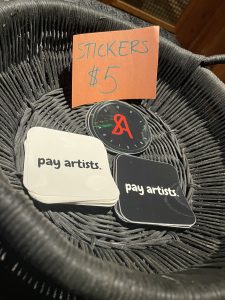 Several sponsors and artists provided products for sale at a Sounds of the Zoo merchandise table, including stickers promoting fair wages for artists.

The Sounds of the Zoo Festival is also offering professional music education courses and workshops happening before the live music. The line-up and schedule can be found at: soundsofthezoo.com